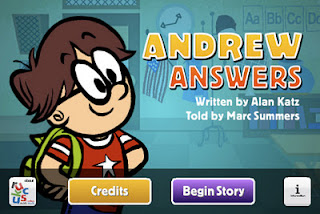 My big 5 takeaways were:

1. Unless you're a majorly huge app publisher like Ruckus Media, Oceanhouse Media or Loud Crow Interactive, the chances of making any money off your cute little book app right now are slim to none.

2. Once you put out a book app, you won't be done with it if you want it to stay on the charts. As technology advances quickly, you'll have to update your app to keep up with the newer ones.

3. There are plenty of exciting numbers to show how many hundreds of millions of iPhones and iPads are out there just waiting to download your book app. Between December 25 and 31 of last year, 1.3 billion apps were downloaded around the world. Not all were BOOK apps, but it's still a staggering number. The trick is "discoverability". Unless you've got Apple featuring you on their App Store's main pages, you'll just be one app in a billion.

4. As Mary Cole put it, we're still in the Wild West phase of book apps. No one knows for sure how its all gonna go down, and everyone wants a piece of the pie. Tensions are high between the traditional publishers and Amazon over royalty rates. And app development is still mostly in the hands of professional app development companies. You want your story turned into an app? Get ready to shell out thousands of dollars. Some day, we'll all be able to self-publish amazingly interactive book apps with a few drag-and-drops and the click of a button. But not yet.

5. There's a new breed of app that's grabbing a lot of attention lately with flashy 3D graphics. Branded as a "story app", there are a few cases out there now where digitally animated videos are being chopped up into page-turn formats and springled with text or "edutainment"-style content. Check out The Numberlys and The Fantastic Flying Books of Mr. Morris Lessmore. These are beautiful to watch, but are much more of an interactive cinematic experience than, say, a book app that feels more like a static book with a dash of movement or highlighted text. Then, of course, there are game apps, which will certainly add more story-based play as demand rises. Just you wait until there are Angry Birds book apps tied into the forthcoming feature-length film! Down at the bottom of the pile are the lowly e-picturebooks. Basically PDFs of your book with no interactivity for download on e-readers like Kindles. The sad truth is that kids (who are permitted to use iPhones and iPads) will be dazzled and gravitate to game apps and story apps before they cry for a third viewing of Green Eggs and Ham.

If I've learned anything by attending writers' panels and reading writers' blogs, it's that there is no one way to becoming a successful writer. And success is in the eye of the beholder, of course. Nowadays, you can take the slower road into traditional publishing, or you can self-publish an ebook onto the web in a matter of hours. Book apps can happen relatively quickly (months vs years), but it's not a viable industry for individuals quite yet.

So, what do traditional books and ebooks and book apps and story apps and all the rest have in common? As always, don't do it for the money--do it because you love it.
Newer Post Older Post