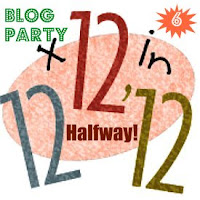 Wow, we're already halfway through 2012, which means we're also halfway through the 12x12 in '12 challenge! I completed two more first drafts in June, so after six months, I've stocked up a total of sixteen picturebook manuscripts. Yeah!


That number might have been higher if not for one of the lessons I've learned along the way: It's tough to write a first draft that excites you and then just move on through the year without attempting a rewrite. I'd say of those sixteen drafts, eight immediately felt strong enough to continue pursuing. So, for the past few months I've felt a twinge of "rewriter's guilt" for procrastinating on writing new books for my 12x12 quota, and instead working up second drafts while my interest was hot. And in my opinion rewrites are infinitely easier than staring at a blank Word doc and plowing through the uncharted wilderness of a first draft.


Okay, procrastinating writing by re-writing is not the worst thing in the world, but it also led to a second realization: Of all my, ahem, "fabulous" 100 ideas I drummed up from PiBoIdMo, I have naturally been working on the ones that I put at the top of my list. But after 6 months, many of the remaining ideas have lost their lustre and picking story ideas from that list that really spark my writer's imagination has become increasingly difficult. I still have a nice pool of ideas to pull from, but at this 12x12 midpoint, I find myself yearning to brainstorm some fresh ones. I might have to establish my own personal MiYePiBoIdWe (Mid-Year Picture Book Idea Week) for early July and see what comes of it. Might be just the thing to push me through to December...


So, in celebration of our mid-year accomplishments, Julie Hedlund is hosting a "Halfway There!" Blog Party. Participants are encouraged to share their feelings on their 6-month experience. Go check out all the posts at http://www.juliehedlund.com/2012/06/25/were-halfway-there/ and see how everyone's doing. For my part, I decided to procrastinate some more and express my feelings with a song. Yikes, enjoy!