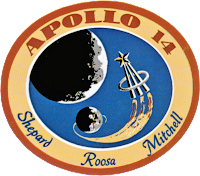 Overall, May was a pretty productive month. I was able to add two new picture book first drafts to the cue, making my current 5-month total 14. On top of that, with the help of my critique group, I revised two manuscripts I'm very excited about and also managed to finalize a couple query letters.

I can't begin to tell you how valuable my critique group is. Okay, maybe I can. They rock. And what's most amazing to me is that everyone brings their own specialty to the table. While one person zeroes in on the mechanics of grammar, punctuation and clunky wording, another might solve problems with endings and character development. Between the four of us we make a pretty good team. Crit groups aren't just for manuscripts! Be sure to share your queries and cover letters, too. You'll be glad you did. I cringe to think of some of my early submission covers when I was first starting out, and now I'm so thankful to have six additional eyes looking over those letters as well as my manuscripts.